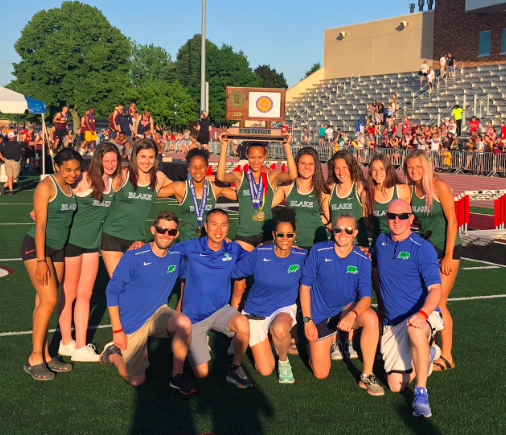 The girls' track and field team won its second consecutive 1A state title at the 2019 Minnesota State High School League championships at Hamline University. The Bears had 57 points; Winona Cotter was second with 44. Robbie Grace '19 took top honors in the long jump for a second consecutive year and won the 400, and Anisa Thompson '22 won the 200. This was the fifth title for the Bears. In addition to the past two years, they also won in 2001, 2006 and 2012.