Elisa Lopez '19 was selected as a National Hispanic Scholar. She scored in the top 2.5 percent among Hispanic and Latino PSAT/NMSQT test takers in the region.


Individual and Team Honors and Awards

Julia Lucas '20 won the Leukemia and Lymphoma Society (LLS) Student of the Year Award for a seven-week LLS Students of the Year fundraising competition where her efforts raised over $73,000. She also received a Fundraiser Recognition Award that connects her mother, Betsy Lucas, with one of LLS's Research Portfolios. Pictured is Julia and her mom, Betsy.


Jack Johnson '20 is one of 12 high school students nationwide selected for 2018-19 USA Debate Team. Johnson and his team competed with the USA Blue team at the EuroOpen in Germany where they finished third and he was named the tournament's eleventh best speaker.

Aeon Bashir '28 founded Aeon for Ocean, a nonprofit focused on ocean conservation. He was named a 2018 Sustainable Eden Prairie Award recipient in the water category. Bashir presented "Educating kids about oceans in their habitat" at the American Cetacean Society International Conference in Newport Beach, California, where he exhibited his work and met with marine scientists.


Seniors Maddie Tix and Grace Vojta received the Hennepin County Community Leadership Award, along with Blake 2018 graduates Olivia Bizal and C.C. Wallin, for raising awareness and $120,000 to fight sex trafficking. The money was given to the Women's Foundation, which then provided a grant to the County Attorney's Office to hire an analyst to assist with felony sex trafficking prosecutions. 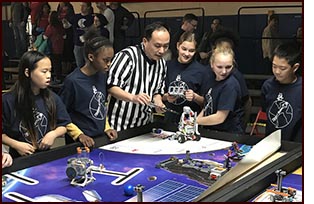 After placing in their division, the following Middle School robotics teams will advance to compete at sectionals: The Astro Marines and The Orbiting Growl won the Core Values Award and Thriving Excellence earned awards in robot performance and programming. Although not advancing, the Project Pluto team competed in the semi-final round. View tournament photos here and here.

Organized by Will McDonald '21, Blake families participated in the Tools for School program by putting together 28 backpacks for students served by Simpson Housing Services. 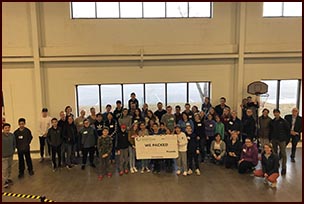 The Upper School DECA student business club invited members of the Blake community to join them at Second Harvest Heartland the day before Thanksgiving. The 80 volunteers packed 12,058 pounds of potatoes and Nestle Crunch bars for food shelves in Minnesota and western Wisconsin. 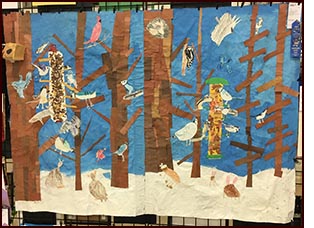 
Director of Visual and Performing Arts Jay Broeker was commissioned to write a choral and instrumental arrangement performed at the 50th annual American Orff-Schulwerk Association conference in Cincinnati, Ohio. Broeker's three-movement composition "An Anniversary" was sung by the Indianapolis Children's Choir and the Cincinnati Youth Choir and included piano, metallophones, glockenspiels, xylophones and other rhythmic percussion instruments.


Blake students performed and placed at the Mary West Solo Competition: Evelyn Chow '27 won the elementary division (ages 11 and under) for her violin performance; Dennis Eum '22 played cello and captured the intermediate division (ages 12 to 14); Vladimir Tsiper '24 received the intermediate division performance award for his violin solo. The annual competition is sponsored by the Minnesota String and Orchestra Teachers Association.

Marcelo Mena '26 starred in the Bell Museum's first original production of "Minnesota in the Cosmos" and was the understudy to the second-lead character Jesús in the Children's Theatre Company's production of "I Come from Arizona." He was cast in "The Three Snow Bears," a production hosted by Stages Theatre Company in collaboration with New Native Theatre.


Kimora Collins '23 starred as Katie Nanna in Mary Poppins, Jr. at Stages Theatre Company, her seventh Stages production. She has also appeared in Children's Theatre Company productions and in the 2017 film "Wilson" with Woody Harrelson.


The work of Middle School visual arts teacher Seexeng Lee was displayed in the Gorecki Gallery at the College of St. Benedict. Learn more about "Connecting the Broken Threads of the Hmong Paj Ntaub." 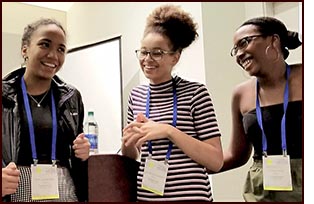 Blake's fall athletics teams had a successful season. Team results can be found on the Blake Bears website. 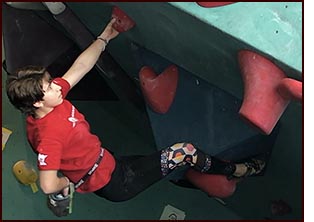 Cece Dobbertin '22 qualified for the Midwest Regional Bouldering Championships. She competed with her team from Vertical Endeavors and had a solid performance. Bouldering is a form of rock climbing where competitors do not use ropes or harnesses.


Josslyn Weissman '25 has been invited to play soccer in Madrid, Spain with the Getafe Academy representing Coever Academy. She plays on the Junior Elite Clubs National League team for Minnesota Thunder Academy.


To submit an item for the winter and spring edition of Applause, email communications@blakeschool.org.