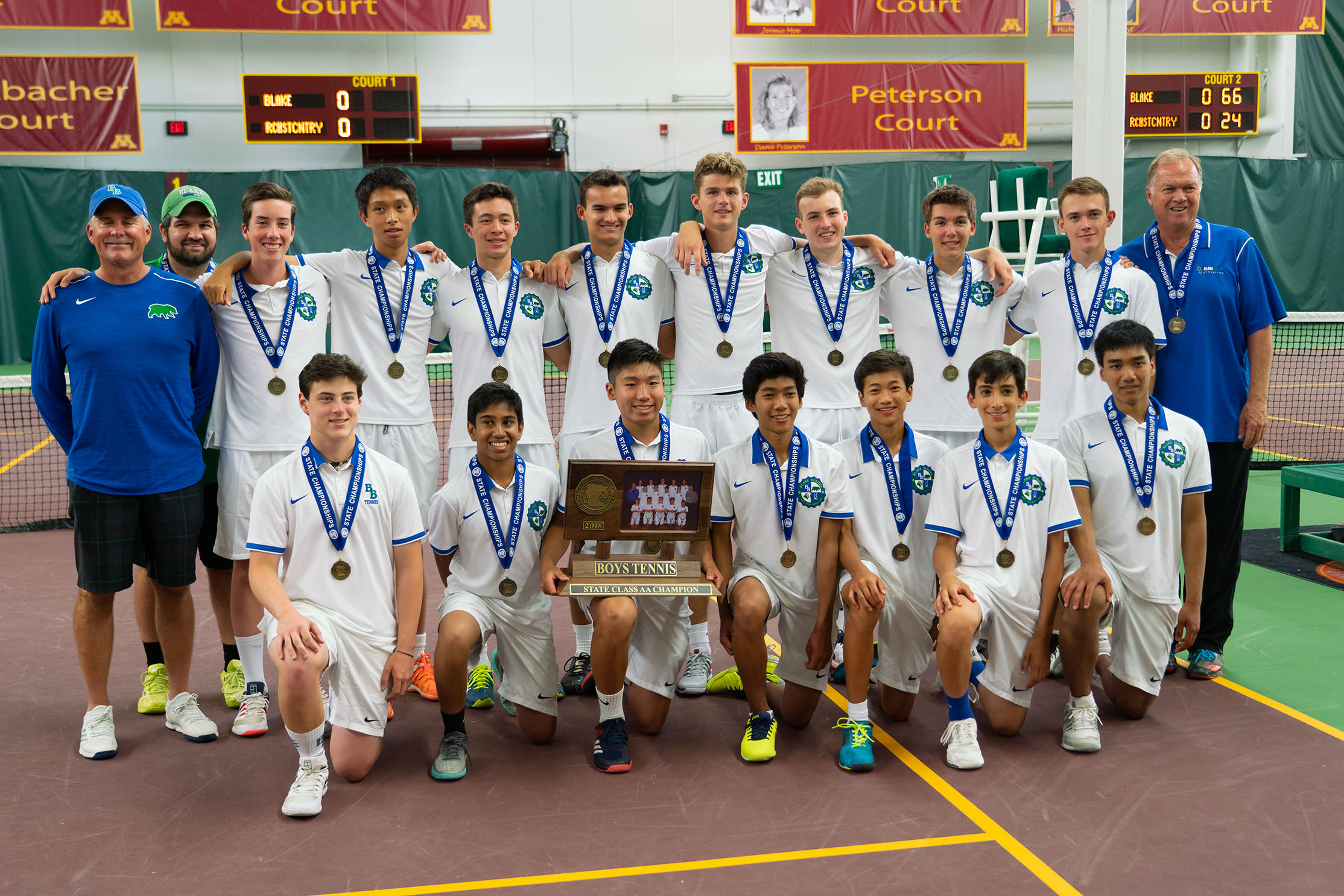 In its first year playing in class 2A, the Blake boys' tennis team has won the state championship. The Bears defeated Rochester Century 4-3 in the finals to claim the title. In doing so, they became the first boys' tennis team in state history to win a championship after moving up a class.

Learn more about this historic win:

"Blake wins another state title ... this time, in Class 2A" (Pioneer Press)