Eva Motolinia '18 was recognized as state student debater of the year at the Minnesota Debate Tournament. 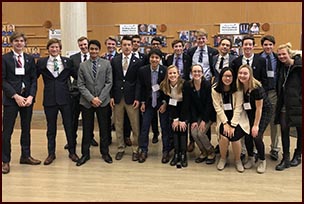 
The Science Olympiad team placed second in the state in the small school division and 11th overall. The top 10 finishers were:

Prior to state, the team placed fourth in the region and the following varsity squad members earned awards: 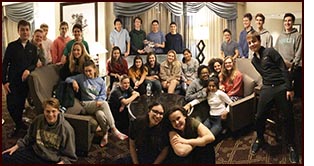 A contingent of 28 Blake Model United Nations (MUN) students traveled to Chicago for the MUN conference where they represented Paraguay and Chad. The students discussed global access to women's healthcare, African aid, nuclear proliferation, water scarcity and other world issues. 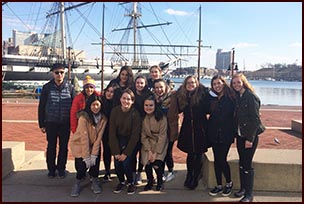 Fourteen Blake students attended the MUN Baltimore conference at Johns Hopkins University were they represented Bangladesh, Colombia and Lebanon and discussed the international media's impact on women, the effect of food production on climate change and the changing dynamics of international immigration. They also served on small historical councils involving disputed claims over Korea in the post World War II era and the War of the Roses in 15th century England. Gwyneth Alexander '20 won an award for her work as the Soviet leader Nikolai Bulganin in the 1949 dispute over Korea.


Blake's math team took second place in the Tri-Metro division and placed 17th at the state tournament. Ravi Chepuri '18 and Jason Wang '21 won individual awards in the Tri-Metro division and the team qualified for Blake's ninth consecutive appearance at the state tournament. The team is coached by Upper School math teachers Alex Fischer and Jonathan Osters. 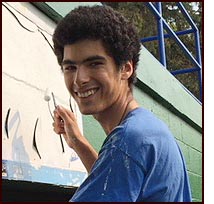 Kareem Elbakkal '18 earned Eagle Scout designation, the highest ranking in the Boy Scouts of America. Nationally, less than 4 percent of Boy Scouts earn this rank. A requirement is to complete a service project benefiting the community. Kareem chose to give back to Blake, working with fellow students and the school's building and grounds team to restore the track shed near Chub Bettels' field.


Molly Vance '23, a member of the Angelica Cantanti Youth Choirs, joined Leslie Odom Jr. in pregame festivities to sing "America the Beautiful" at the 2018 Super Bowl at U.S. Bank Stadium in Minneapolis.


Sami Clark '20 was selected for the 2018 High School Honors Performance Series at Carnegie Hall where she performed Soprano II in the Honors Women's Choir. Participation in one of the five honors ensembles is limited to the highest-rated high school performers from across the world. For five days, the performers learned from world-renowned conductors in New York City.


Violinist Franklin Linderman '18 was named to the 2017-18 Minnesota All State Orchestra and performed with them at Orchestra Hall. 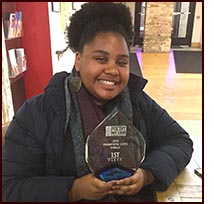 Cheryl Minde '20 won first place in Minnesota's state competition for Poetry Out Loud. In three rounds of recitations at the Loft Literary Center's Open Book, she stood out among the six state semifinalists and will represent Minnesota at the Poetry Out Loud National Competition in Washington, D.C.


Max Hankins '22 will perform as first tenor in the 2018 Middle School Honors Performance Series Honors Junior Choir at Carnegie Hall in New York City under master conductor Sally K. Albrecht. Max's performance with the American Choral Directors Association state choir for the past three years prompted his invitation to audition for and then be selected to perform with the Performance Series choir. 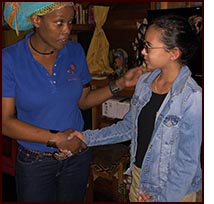 Chloe Lipham '23 gathered crayons, colored pencils, markers, paper and other art supplies and donated them to Zimbali Retreat and the E.A.C.H. organization in Jamaica, which provides assistance to local children. Pictured is one of the E.A.C.H founders, Empress Alicia, who met with Chloe and thanked her by saying, " From the few with many to the many with few." 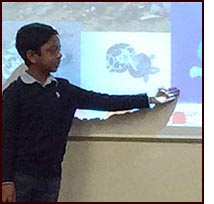 
Blake juniors Olivia Bizal, Maddie Tix and Grace Vojta, and senior C.C. Wallin were recognized by the Hennepin County Board of Commissioners for their work to combat sex trafficking.


Blake highlighted stories of connection through #BlakeTag, a social media campaign. Community members, including students, alumni, faculty and parents "tagged" those who have made their time at Blake special. The hashtag along with photos from the traveling photo booth were shared on Facebook, Instagram and Flickr.

Blake's winter athletic teams had a great season. See highlights on on the Blake Bears website. 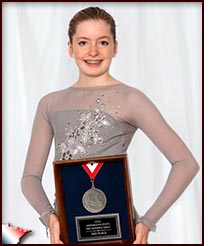 
Sydney Dorvil '23 performed at the Celebration of Champions event after winning the 2018 Minnesota State Figure Skating Championship for juvenile girls. 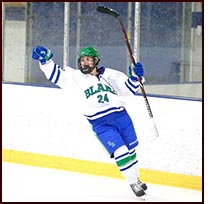 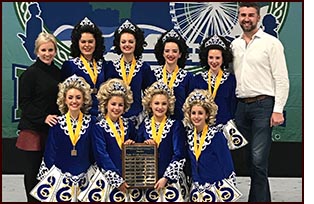 Nora Fox '21 (second row, far right) and her 8-hand girls céilí team won first place at the Mid-America Oireachtas Irish Dance Championships, beating the longstanding world champions. Nora will compete with her team and as a soloist at the North American Irish Dance Championships in Orlando, Florida, against dancers from around the world. Nora is in her third year as a member of Kickin' it Irish, a professional dance and music ensemble that recently performed at the Chanhassen Dinner Theatre and Fitzgerald Theater.


Derek Hitchner '18 was featured in Minnesota Golfer magazine after being named Minnesota 2017 Junior Boys' Golf Player of the Year.


Charlie Egeland '23 represented his Aquajets swim club at the Age Group State Meet where he was the top performer in the 11/12 age group, won five individual events and placed second in two. Last year, he ranked in the top 10 of 11-year-old U.S. swimmers for 200 breaststroke.

Lower School Spanish teacher Lisselin Díaz was selected as the Best of Minnesota presenter at the Minnesota Council on the Teaching of Languages and Cultures (MCTLC) conference for session, "Pair Activities." Lisselin earned a trip from MCTLC to represent Minnesota world language teachers at the Central States Conference 2019 in Columbus, Ohio.


As co-coaches of the United State Debate team, Blake's Communications and Senior Seminar teacher Sandy Berkowitz and Director of Forensics Shane Stafford led Team USA to a third place finish at the World School's Debating Championships and first place at the EurOpen Tournament.


PK-12 Director of Service Learning Nan Peterson was presented with the Stellar Award from the National Youth Leadership Council (NYLC) at the 29th annual NYLC conference. The award recognizes a service-learning leader who inspires and equips young people to lead and serve others.


Frank Sachs, Blake college counselor and social studies teacher, was elected to the State DFL Central Committee at the Congressional District 2 Caucus. The position is a two-year term with eight districts and 32 statewide representatives.


To submit an item for the spring/summer edition of Applause, email communications@blakeschool.org.