End-of-year 2016-17 student award recipients and information can be found by following these links for the Middle School and Upper School.

Campbell Morrison '18, Grace Seeley '17 and Cole Woerner '18 were winners in this year's Mondale-Quie Essay Contest, sponsored by the Minnesota Supreme Court Historical Society. The students were honored at an awards luncheon and each awarded a $500 scholarship. Their essays focused on the Fourth Amendment and privacy rights. 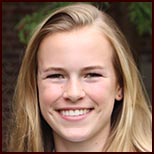 Charlotte Morrison '21 took first in this year's Letters About Literature competition when she wrote a letter to Judy Blume. A link to her winning entry can be found here.

With three national championship tournaments the debate team had an unprecedented finish to the season. At the National Debate Coaches Association tournament, Blake won both the public forum and the world's debate divisions. At the Tournament of Champions, Blake lost in the final round, just one ballot away from another national championship. Thomas Gill '19, Jack Johnson '20, Anika Mirza '18, Aditya Shekhar '18 and Connor Yu '18 were named semifinalists in the selection process for the 2017-18 Team USA National Team and the Team USA Development team. To advance to the finalist round, these students must prepare a speech on the topic, "This House supports restrictions on free speech to combat the rise of right-wing populism." In August, senior Ellie Grossman and coach Shane Stafford will head to Bali, Indonesia to represent the United States in the World Championship.

Franklin Linderman '18, violin, was named to the 2017-2018 Minnesota All State Orchestra. The ensemble practices for a week over the summer under the baton of Miriam Burns, conductor of the McLean Symphony Orchestra and will perform a concert at the College of St. Benedict in August.

Jessie Kang '18 and her Eden Prairie Destination Imagination (DI) team, Finding Sean, took second place in the Minnesota state tournament and advanced to global finals in May. Kang and 10 other high school students were honored with the Distinguished Leaders award from DI Minnesota.

Results from Blake's spring athletic season can be found on the Blake Bears website. 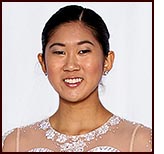 
Highcroft campus Jane '26 captured first place in the beginner free skate category at the Roseville Open U.S. Figure Skating competition, which is open to skaters from Minnesota and Wisconsin. Jane has been skating with SportQuest Skating Academy for two years.

Congratulations to faculty and staff who received 2016-17 end-of-year awards. Recipient names and award descriptions can be found here.


The Washington Post has released its annual rankings of how successfully schools challenge their students and ranked Blake second among Minnesota schools. Read more here. 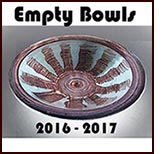 Nearly 250 Blake students, parents, faculty, staff and administrators stopped by the Upper School ceramics studio this school year to take a spin on the pottery wheels. Their creations were made available for purchase at the Empty Bowls Charity Fundraising Sale and Exhibit in the Martha Bennett Gallery in May. The Empty Bowls Club raised just over $1,000 for the Saint Louis Park Emergency Program.

To submit an item for the fall edition of Applause, email communications@blakeschool.org.