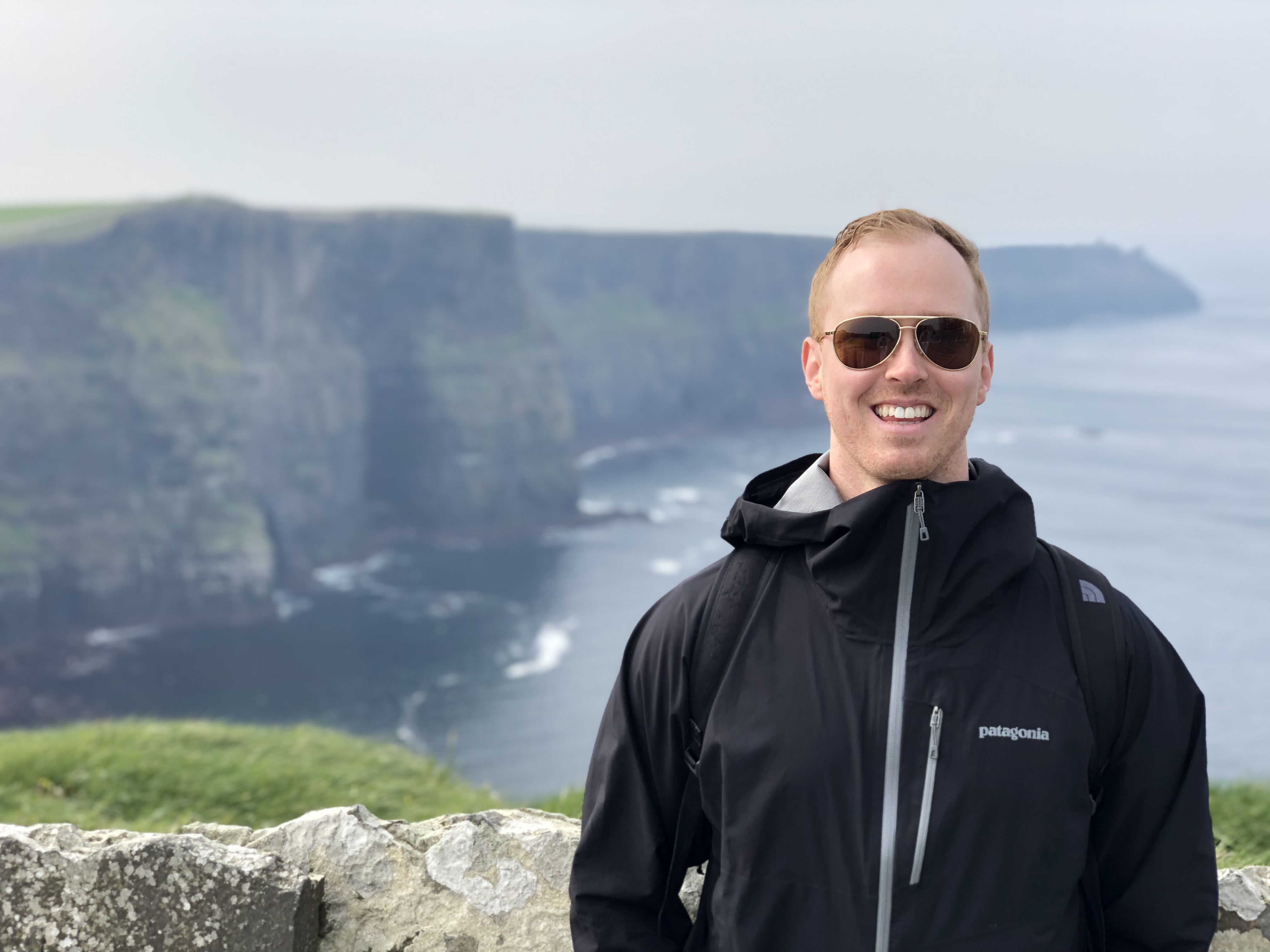 After spending his early academic career as someone who admittedly "went to school so he could play sports," David Jadin '06 is pursuing his Ph.D. in education policy and leadership and hopes to make an impact on apathetic young students everywhere.

Q: What is your idea of a fruitful day?
A: A fruitful day is a well-rounded day. Gym in the morning, accomplishing something big at work, learning something new (in or out of the classroom) and spending time with family.

Q: I was once mistaken for...
A: Not necessarily mistaken for, but I'm told I look like [Atlanta Falcons quarterback] Matt Ryan. When I lived in Georgia people would often comment on the resemblance. And for all my high school classmates ... Napoleon Dynamite.

Q: Who is your hero?
A: Both of my parents. Their partnership and love for one another has taught me so much about being true to myself, working hard and making sacrifices.

Q: If you could visit any place in the world, where would you choose to go and why?
A: After visiting Ireland recently, Scandinavia has moved to the top of my travel list. A summer trip hiking the fjords in Norway and getting acquainted with our (limited) Swedish heritage sounds magnificent. But, I hope I never stop traveling and want to see all seven continents.

Q: What's your favorite family tradition?
A: Reading our family holiday book on Christmas Eve. Over time, this book became known as "The Book of Truth" for my mom or "The Book of Lies" for my sister and me. The year's major news stories were accurately reported; the idea that my mother knit our Christmas stockings, among other things, was not. As we grew older we began to understand the truth that "those who hold power write history," and sometimes they write alternative facts.

Q: What did you want to be when you were small?
A: Like so many kids growing up in Minnesota, I wanted to be a professional hockey player. To this day my parents say I could skate before I could walk. I thought it was destiny.

Q: What's the most fun you've had this week?
A: My entire Sunday was perfect. Brunch with my wife (at our kitchen table, a rare occurrence), then two epic viewing experiences. We saw "Avengers: Endgame" and watched "Game of Thrones: The Long Night" in one night. I'm still recovering.

Q: Do you collect anything?
A: Heads-up pennies. It's more of a compulsion or superstition than desire to collect things. I can't pass a heads-up penny without picking it up.

Q: If your life were a book, what would it be titled?
A: "Don't Be Afraid to Ask: Discovering the Value of Questions"

Q: If you could have an endless supply of any food, what would you get?
A: Pizza